The festival draws Australia’s independent games community together at its conference, public events program, exhibitions, workshops, and awards. The festival joins players, makers, critics, academics, students, and families for a critical celebration of the artistry of independent games and playful culture.

Freeplay continues to champion creative and artistic exploration and experimentation in games, supporting grassroots artists and game makers in Melbourne, Australia, and its nearest neighbours, and positioning game making as arts practice as videogames continue to grow and gain cultural significance and legitimacy.

Chad Toprak is an experimental game designer, and independent curator, best known for his curatorial work with Hovergarden, Melbourne’s videogame curatorial duo, and the Contours exhibition, which highlights emerging contemporary Australian games that sit at the fringes of the medium. He is a first generation Turkish Muslim immigrant, and was was named in Develop Pacific’s inaugural 30 Under Thirty list for 2018, GamesIndustry.Biz’s Game Changers 100 in 2020, and was a recipient of the 2014 IGDA Scholars program, the 2020 Game Devs of Color scholarship, and a 2021 Australian Game Developers Award. He has served as artistic director of Freeplay since 2017.

In the past, Chad has worked on award winning games such as Turnover, the four-player multigravity steal-the-ball-n-run frenzy, Cart-Load-O-Fun, a two-player collaborative physical game designed for trains and trams, dualcyon, the experimental Leap Motion & VR puzzle game for two, and This Is Not A VR Game, an audio-only VR performance. He currently works as an artist duo with his partner Helen Kwok.

Benjamin Turner (Festival Coordinator) is a game developer currently interested in creating ‘Slice of Life’ games & supporting locally made art. he’s been involved in events such as Contours, GX Australia, Unite Melbourne, & Freeplay. He is also known for games like, Concrete Boots, Tactus, & Jounrey to the Centre of the Partyzone. 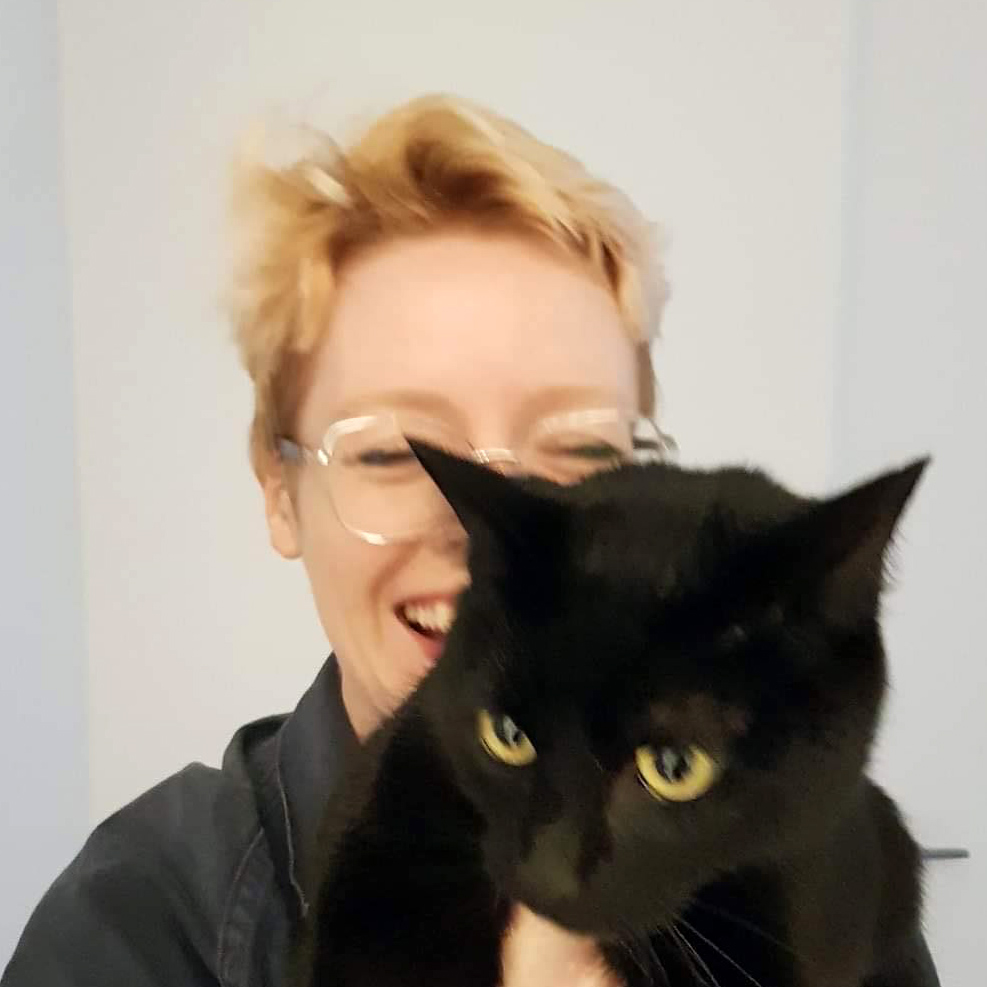 Jini Maxwell (Festival Producer) is a writer and arts worker based in Narrm. They are a staff writer for Artshub & Screenhub, teach creative writing at RMIT University, and previously co-directed National Young Writers Festival. They aim to make and facilitate sincere, playful, challenging work. 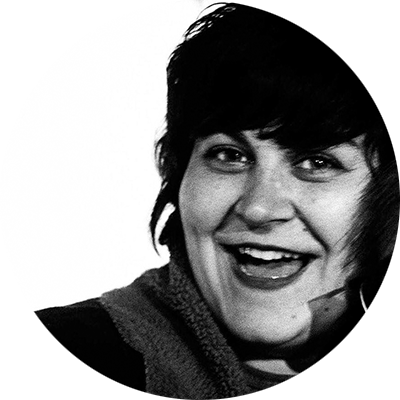 Marigold Bartlett (Visual Art Lead) currently works in the games industry as a freelance consultant and illustrator, as well as an art director on upcoming game, Wayward Strand. She is passionate about art and media studies, as well as history and story in games spaces. She has a background in alternative comic art, and has worked on games such as Florence, Killing Time at Lightspeed, Magister Ludi, and Movement Study 01. Marigold is one of four Film Victoria Women in Games fellows, and occasionally teaches game design students at RMIT.

Pritika Sachdev (Social Media Coordinator) is a social media specialist with a proven track record of connecting, collaborating, and nurturing online communities. Focused on how stories can connect the client and audience, she’s constantly looking for new ways to challenge herself within various ethical industries.

Having a background in games design, Pritika is a big supporter of the Melbourne’s local videogames and arts scene. She co-produced multiple grassroots art exhibitions and is the Social Coordinator for the Freeplay Independent Games Festival. She continued to support the videogames industry through her work with CheckPoint, and advocated for healthy workplaces and mental health awareness.

When she finally manages to tear herself away from her phone, Pritika can usually be found cooking up a storm or tending to her plants.

Jason Imms (Chair of the Freeplay Awards) is a founder and board member of Tasmanian Game Makers, Director of Quality Assurance at Mighty Kingdom, and formerly a games and technology journalist for a wide range of Australian and US publications (GameSpot, Giant Bomb, Kill Screen, Hyper Magazine, PC PowerPlay, and more), and managing director of The Machine QA. His varied career and experience in the Australian games scene has led to him sitting on the Film Victoria digital media assessment panel, and the Tasmanian Ministerial Arts and Cultural Advisory Council.

Jason is a father of five, a husband to one, and a firm believer in the power of video games as art, entertainment, education, and for social change.

Creatrix Tiara (Volunteer Manager) writes, produces, and performs work based around identity, liminality, and community, particularly through Tiara’s experiences as a queer immigrant gender-nonconforming femme of colour with mental health issues. Tiara has used games to explore immigration: making Here’s Your Fuckin’ Papers, a puzzle-based parody of Papers Please, and What The @#([email protected] Do They Need Now?, about the US Travel Ban, as well as speaking at Return to Escape from Woomera about immigration, games, and art. Tiara is very interested in the intersections of games and performance art, such as immersive experiences and escape rooms, and how they can help people understand the lives of those different than them via direct interaction and empathy. Tiara’s most recent project is Queer Lady Magician, intersecting stage magic, social justice, and autobiographical storytelling.

Terry Burdak (Sponsorship Manager) is a graphic designer, game developer and the creative director of Paper House. He has worked in the games industry for 6 years, since graduating at RMIT in 2015. During this time, he released award-winning Paperbark, worked as QA & Production Assistant at LoG, Community and Studio Manger at 2pt, Business Development Manager for the GDAA and Event Manager for GCAP . He is an active member and advocate of the local games industry and has been involved in numerous events, conferences and community events (Changes, DiGRA, VATE, Girl Geek Academy, MIGW Squiggle).

Currently he is doing Creative Stuff for local developers and working on Wood & Weather, a silly game about climate change. He also likes trees and the weather. 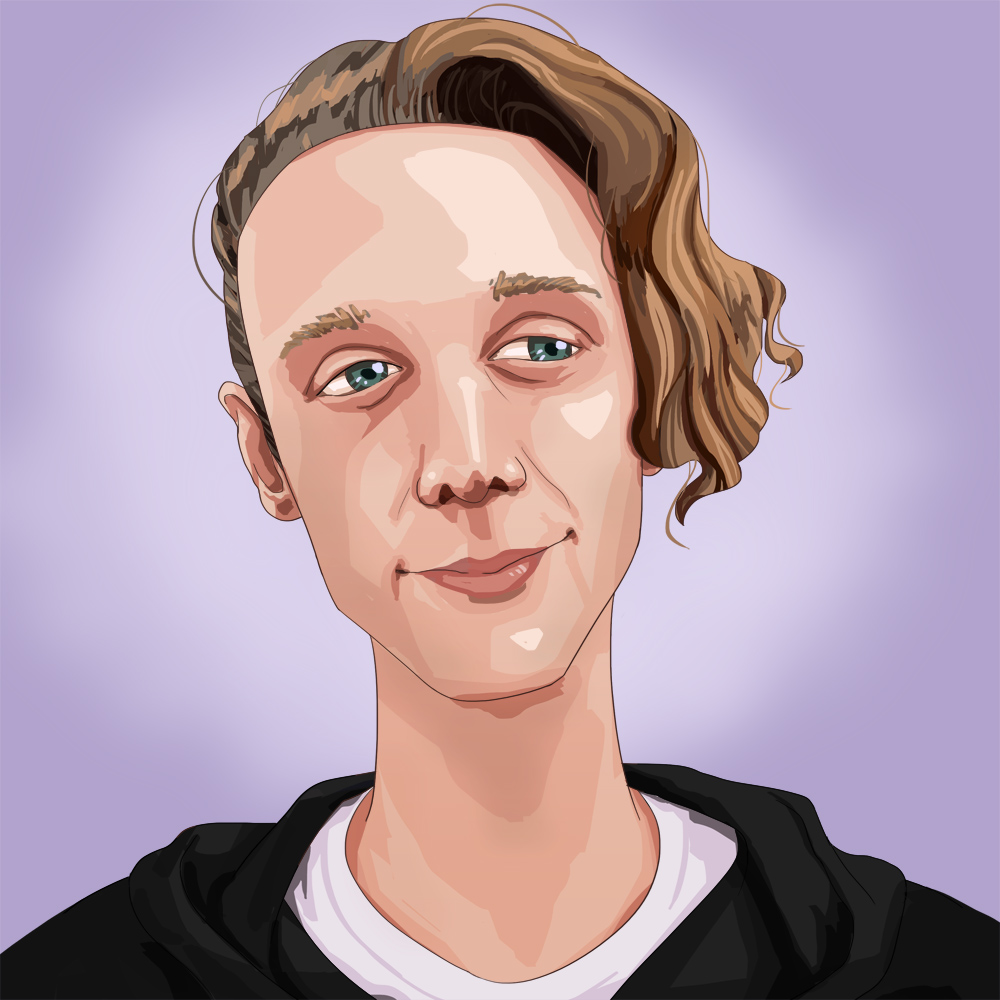 Jae Stuart (Associate Producer – Freeplay ZONE) is a designer and programmer drawn to narrative games. Projects they’ve worked on have been shown at A MAZE., GDC, SXSW, and nominated for awards at Freeplay and Play By Play. In 2020 they collaborated with Cecile Richard on the online social spaces the Freeplay ZONE and Parallels ZONE for Freeplay and a ZONE for the Researching Game-making Workshop. Inspired by art game events they worked with Sydney gamedevs to organise a popup games exhibition, Serenade, at the very beginning of 2020. 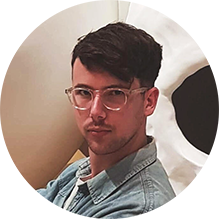 Andrew Brophy (Associate Producer – Night Market Party) is a game designer from Melbourne. He is ½ of Hovergarden and ⅞ of the videogame Knuckle Sandwich. 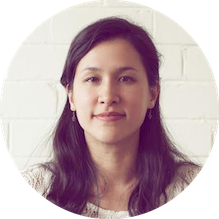 Claire Merquita (Chair) has worked as a writer, producer, and digital content specialist in the media and broadcast industries since 2010. In Singapore where she grew up, she wrote and produced for television and corporate clients, while lecturing in media theory at Lasalle College of the Arts. In 2014 she moved to Melbourne to join crowdfunding platform Pozible, overseeing their small, vibrant team as General Manager. She currently leads social media and video strategy for the City of Greater Geelong. Georgia Symons (Vice Chair) is a theatre maker, game designer and installation artist, and works for the City of Melbourne as the program manager for the Melbourne Knowledge Week and Melbourne Conversations series. She is interested in using playful, interactive forms to “play through” complexities. Georgia holds a Master’s of Writing for Performance from the VCA (2014) and is currently the creative director of PlayReactive Theatre. Travis Jordan (Secretary) floats around the state government working in legal, media and strategy teams. He’s a governance and communications professional and – regrettably – a lawyer. He’s worked for MPs, political parties, governments and NGOs around Australia. Travis is a keen supporter of the arts, having worked on projects to bring together creative industries, academics, governments and civil society to help grow the sector. He brings a wealth of boards governance, campaign planning and policy advocacy experience to the Freeplay team. Alice Pryor (Treasurer) is a ardent gamer, who spent her formative years fighting for the Horde and making sure her Sims didn’t drown. Now, once the kids are in bed, you are more likely to find her exploring story rich indie games. Alice’s professional career spans politics, science communication, women, public health and children. Formerly Deputy Mayor at Moreland City Council, Alice is now the Campaigns’ Manager at Parents’ Voice where she works to improve the food and physical activity environments for Aussie kids. 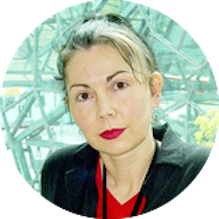 Dr. Helen Stuckey is an arts curator, historian and Postdoctoral Research Fellow at Flinders University working on Australia’s early game history. At the Australian Centre for the Moving Image she initiated, produced and curated the Games Lab (2005 – 2009), a dedicated exhibition space for exploring videogame culture. She was the Director of RMIT University’s Games Program in the School of Media and Communication (2009-2011). She recently completed her PhD on how museums can work with online knowledge communities on the preservation and exhibition of videogames as part of the ARC Linkage Project – Play It Again: Creating a Playable History of Australasian Digital Games, for Industry, Community and Research Purposes.

Dr. Dan Golding is a Senior Lecturer in Media and Communication at Swinburne University and the host of Screen Sounds on ABC Classic. In 2018, Dan presented What Is Music for ABC iView and Triple J with Linda Marigliano. He is an award-winning writer with over 200 publications (ABC Arts, Crikey, Buzzfeed, Meanjin, Kotaku), and a video essayist with 1 million views on YouTube. His new book, Star Wars After Lucas, is out now and published by the University of Minnesota Press. Dan also co-wrote Game Changers (Affirm Press, 2016), made the soundtracks to Untitled Goose Game (Switch, PC, 2019), Push Me Pull You (PS4, 2016), and The Haunted Island (PC, 2018) and from 2014-2017 was director of Freeplay. Jason Imms is a founder and board member of Tasmanian Game Makers, Director of Quality Assurance at Mighty Kingdom, and formerly a games and technology journalist for a wide range of Australian and US publications (GameSpot, Giant Bomb, Kill Screen, Hyper Magazine, PC PowerPlay, and more), and managing director of The Machine QA. His varied career and experience in the Australian games scene has led to him sitting on the Film Victoria digital media assessment panel, and the Tasmanian Ministerial Arts and Cultural Advisory Council.

Jason is a father of five, a husband to one, and a firm believer in the power of video games as art, entertainment, education, and for social change.

Dr. Douglas Wilson is a co-owner of Die Gute Fabrik, a games studio based in Copenhagen, Denmark. Doug has contributed design and programming to a number of award-winning videogame projects, including Sportsfriends, Johann Sebastian Joust, B.U.T.T.O.N., and Mutazione. Doug now lives in Melbourne, Australia, where he is a Lecturer at RMIT University, teaching and researching game design.