Update on the Freeplay review 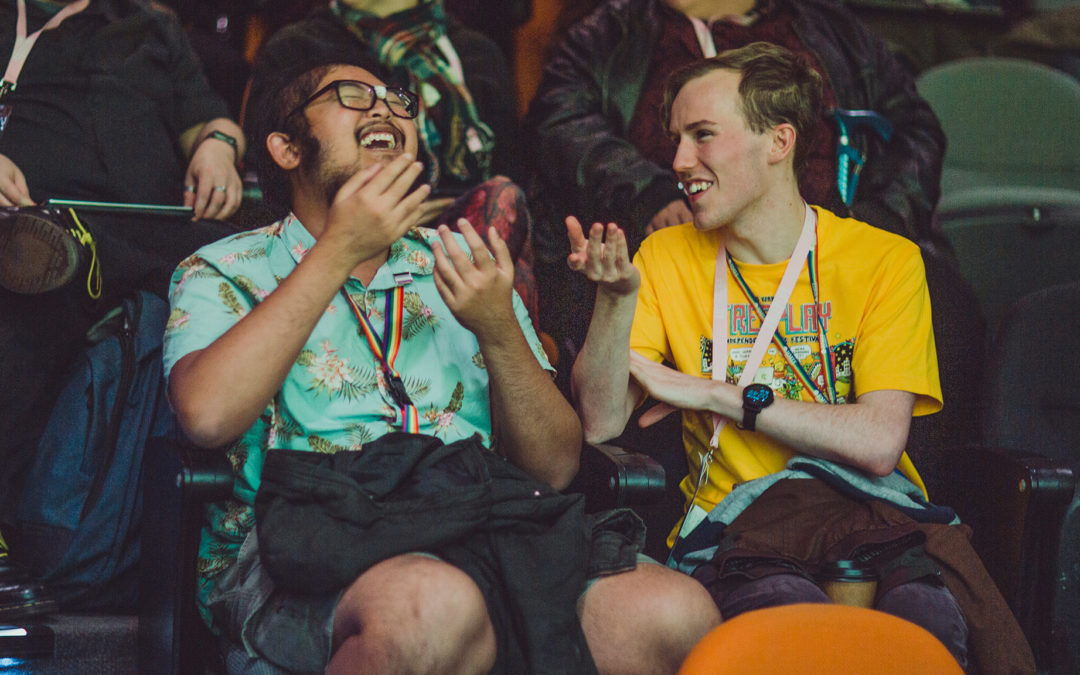 As some of you may know, we’re taking some time this year to think about how we do Freeplay. A few months ago, we said goodbye to artistic director Chad Toprak, and we have not yet filled the vacancy. Parallels will still go ahead this year: as announced earlier this month, we’ve partnered with Paper House on the delivery of this year’s event. And in the meantime, the Freeplay board has engaged independent arts consultant Kate Larsen to conduct a review of Freeplay, and help us plan to keep Freeplay going into the future.

Here’s how that review is going so far:

How can Freeplay improve, survive and thrive?

Overwhelmingly, yes! Earlier in the year, 105 of you filled out our online survey to give us your feedback on Freeplay. You identified a strong need for Freeplay (thank you! <3) and shared with us your insights on the relationship between Freeplay and the broader games ecosystem in Melbourne and beyond.

This… is trickier. But we believe the answer is still yes! The arts funding environment over the last few years has gotten very challenging. But with bodies like VicScreen and Creative Victoria, as well as the spectacularly creative community we have here, Melbourne remains one of the best places in the world to explore and champion video games as arts practice. We’re confident of finding a way to continue Freeplay that serves our community without burning out our staff.

How can Freeplay improve, survive and thrive?

This is the part we’ve gotten to now. For the time being, it looks as though we’ll be scaling temporarily, until we know we have the resources to grow sustainably. As you know, we’ll be running Parallels this year. Next year, we’ll likely choose between Parallels OR the festival. And we know how important the Freeplay Awards are to the community too, so we’ll be figuring out the most sustainable way to keep those going too.

In order to grow sustainably, we need help! See below for what we’ve got in mind, and check out our Get Involved page for more details.

Throughout this review, we’ve had so many members of Freeplay’s community volunteer their time and ideas to helping us figure out what’s next. We’d like to create an opt-in, ongoing forum for people with ideas about Freeplay to give the staff and board advice on our activities.

The board of an arts organisation is made up of community members, as well as people with specialist knowledge of law, finance, and business governance. We will soon be doing a call-out for new board members to join our board and help us in this new chapter of our development.

Once the new board members are in place, we’ll also eventually put a call out for a new Director of Freeplay. So keep an eye out for that, too!

As always, thanks for your support and warmth. We can’t wait to see what the next chapter of Freeplay holds!